NCUK and British Study Centres – Algeria celebrated their new partnership with a launch ceremony that took place on Wednesday 27th March at the Official Residence of the British Ambassador to Algeria, Mr Barry Lowen. Mr Lowen opened proceedings with some fantastic words of support which concluded in offering his congratulations on a fantastic example of collaboration between Algeria and the UK. 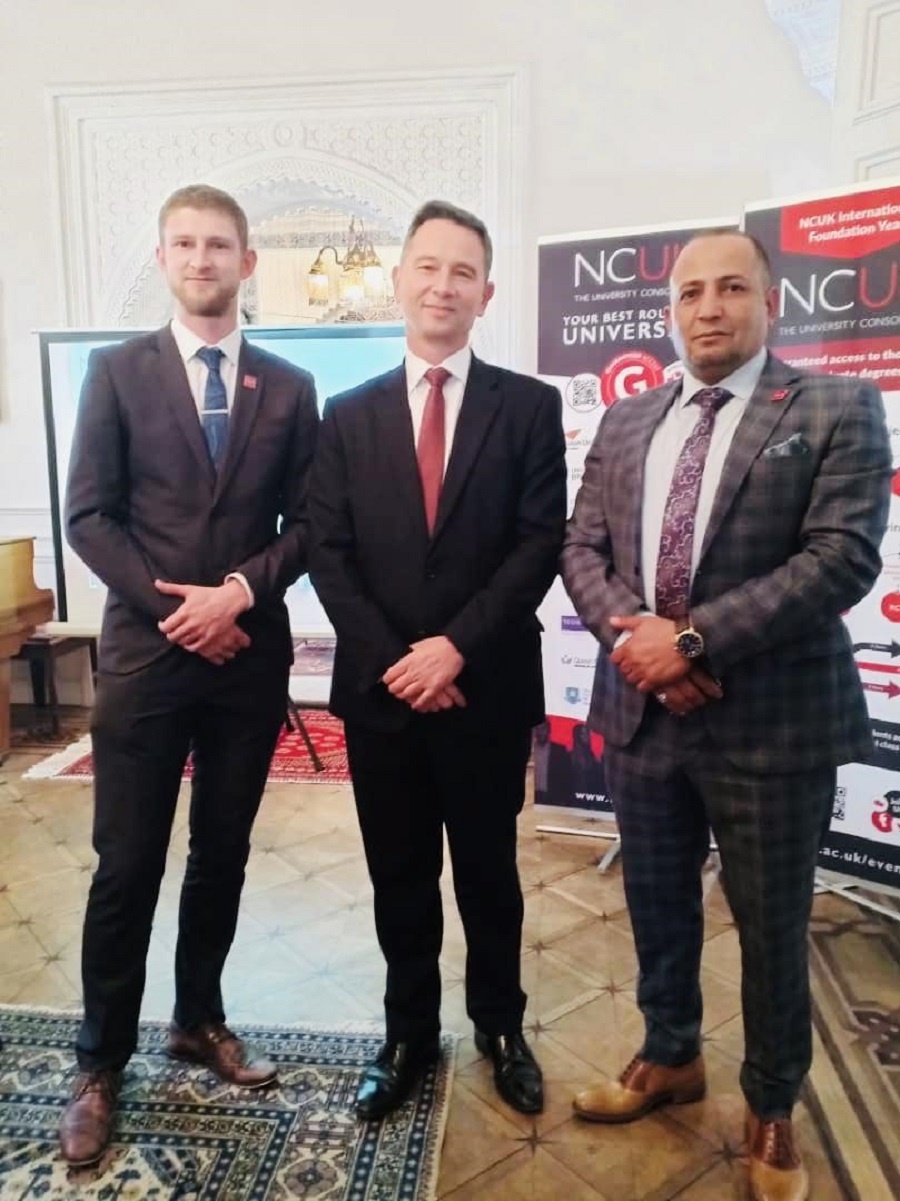 The launch was also attended by attended a range of VIPs which included a number of key organisations such as SONATRACH, the World Bank as well as the Vice Principal of the Association of Algerian Private Schools which every year teaches thousands of students throughout it’s network of schools. The British Council, along with members from the British Embassy, were also in attendance to celebrate the brand new and unique partnership.

Mr Lotfi Ghazi (Owner and Managing Director of BSC Algeria) highlighted what this exciting new project means for Algerian students and parents alike. The launch also provided an opportunity to present the NCUK International Foundation Year (IFY) and enabled some fantastic networking with a range of Algerian-British business leaders and innovators.

NCUK and BSC Algeria followed this launch with a series of meetings across some of the best-known schools across Algiers, which involved discussions with School Heads on what the new partnership means for their students. The week of activity concluded with a parent/student forum and presentation (also attended by the national media and press) in Oran which attracted fantastic attendance and a wealth of engagement and questions with the audience.

This brand-new partnership with British Study Centres Algeria, is a fantastic new opportunity for students from across Algeria to study on world-class pathway qualifications with a huge and exciting range of progression options.

As a partner, BSC Algeria (part of the British Study Centres network) has been leading the way within the market when it comes to English language training and already has hundreds of success stories. The introduction of academic programmes, working in partnership with NCUK, seems a natural progression for the ever-growing BSC Algeria business. By leveraging on the knowledge and experience of BSC London Hampstead, which has been delivering NCUK qualifications since 2016, this will also ensure a smooth and exciting transition from which Algerian students will only benefit.

From September 2019, Algerian Baccalaureate graduates will now have the option to gain their International Foundation Year in Algiers which will enable guaranteed access to over 4,000 degrees across the NCUK University network.

Applications are now open for the IFY in both Business/Humanities and Engineering/Science. If you are interested in studying the IFY then please contact Mr Lotfi Ghazi who will be happy to speak with you regarding your enquiry.

You can also get in touch with British Study Centres – Algeria by using the contact details below: